We slept in the attic of the church on sleeping mats. We made sure to pick a mat under a small skylight which we opened. We could have wished upon a star but sleep seemed to take over. 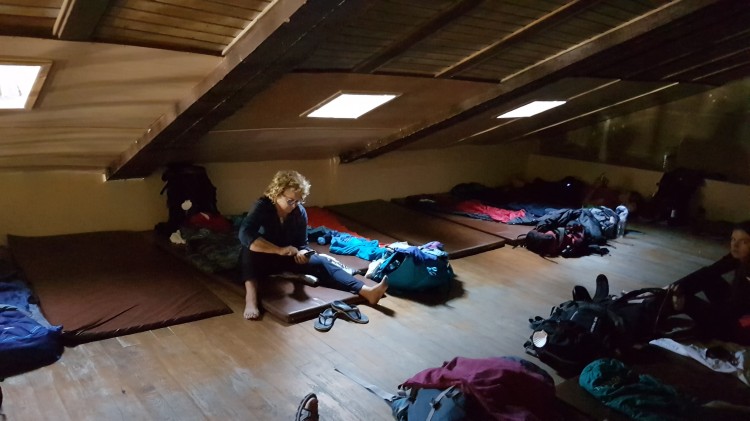 The priest who said mass here last year had died. Although he didn’t speak English (the only other language he spoke was an obscure language of an Amazonian tribe he had worked with of which there were only 100 speakers). He told me his health had forced him back to Spain and you could tell his heart was still in the Amazon. I had hoped he would still be here.

The plan was to walk 17k as far as Belagrada and then hop a bus to Burgos to be there to catch our connecting buses tomorrow. Me south to Madrid, Cathy north to Bilbao.

Two American couples were across from us on the bus.

‘There. See the wide trail. There are four of them.’

I lean across. ‘They are pilgrims. Like hikers but they carry more weight.’

Burgos seemed different. More vibrant, and hey, there was a knave walking in front of us. Brilliant red banners flapped on the bridge leading to one of the main gates. We checked into the hotel (white sheets – two so we can sleep between them!, white towels, air conditioning, an ensuite, a bidet!!!), picked up a small map ‘Top ten tapas bars‘ and crossed the bridge into the old historic town centre to put the map into use.

Knaves, knights, horses, tents, a medieval market! Something was going on. We have no idea what but it was a happening. 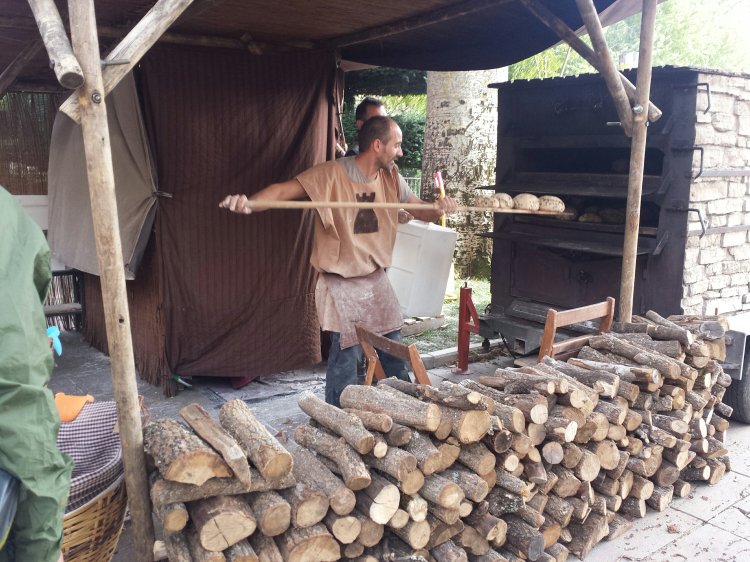 Food: We found the first tapas bar, then the second, third, fourth, fifth and were full between the sixth and eighth: