3We left Orrison after breakfast at 7:50 just as the sun rose. 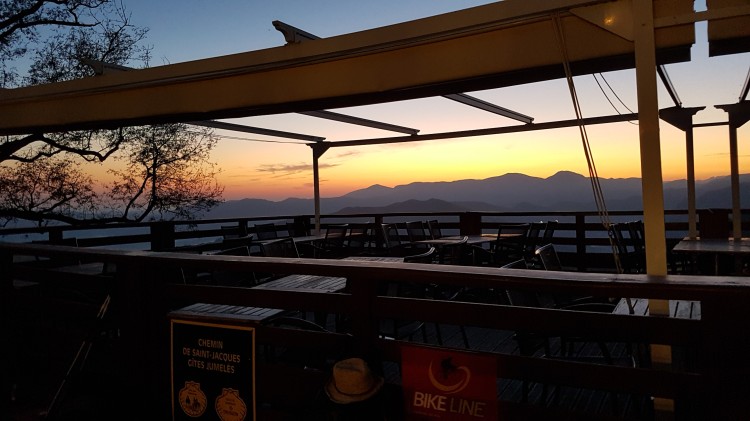 We hoped to get an earlier start to beat the heat but we needed coffee to kickstart the day. Orrison knows how to serve coffee. It comes in a deep soup bowl and you sip it like a cup . Good coffee and about 1/2 a liter in a cup.

The day was still uphill to cross the Pyranees into Spain, but the hills were not quite as brutal as the previous day.  We walked through herds of cows, sheep and horses as we approached the Spanish border.The only guard on the frontier was Mary ( you know the one )

There were a couple of old huts that must have served Sheppard long ago. They drive up there now. 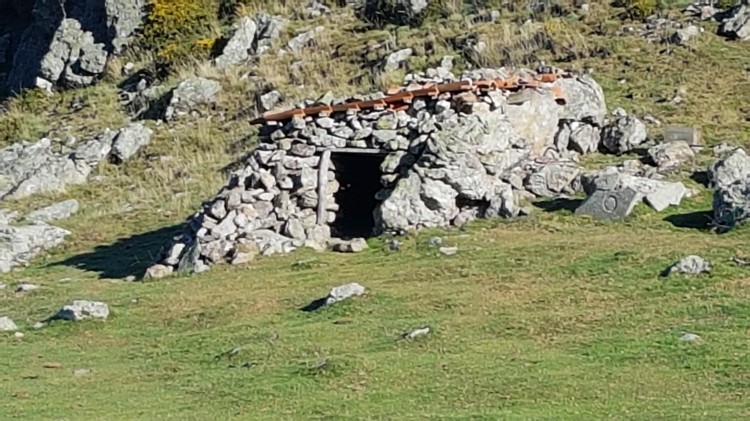 We arrived in Roncevalle in good time just ahead of the rush. Roncevalle consists of a monastery, church, hotel and two cafe/restaurants . The monastery is now a hostel for pilgrims and run by volunteers. This group of volunteers was from Holland and were very hospitable. They sleep and feed about 200 poor souls each night and it is very well appointed. Still bunkbeds in dorms but new and grouped in pods of four. It’s lights out at 10pm and we are woken at 6am by the lights coming on and a couple of volunteers making the rounds singing Gregorian chants. Quite a nice way to start the day. We decided to miss breakfast and head out early for the next village. It was  7am and still dark so we used Liz’s headlamp to guide our way. We reached the next village and quickly found the cafe for coffee and a tortilla. Apparently Hemmingway used to hang out in the village, but then I think he hung out at a fair number of places. We were now ready to start our next journey. 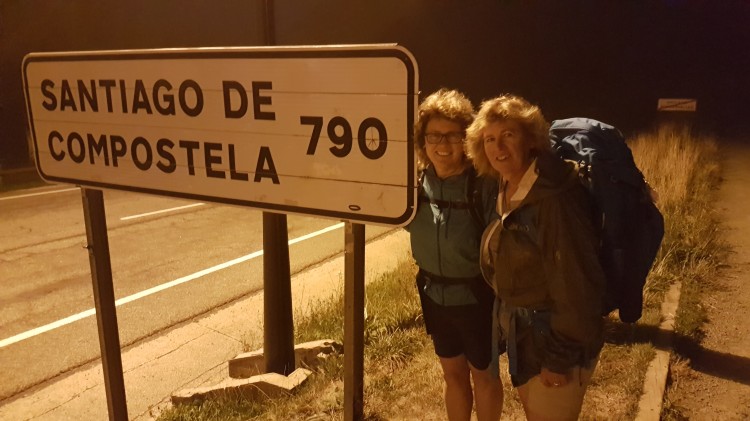